WE HAD A CLEAR VISION SINCE OUR BEGINNINGS IN 2001: TO PROVE THAT IT IS POSSIBLE IN EUROPE TO PRODUCE BIKES OF THE BEST QUALITY AND AT COMPARABLE PRICE LEVELS WITH ASIA. WE CONSTANTLY INVEST IN NEW MANUFACTURING TECHNOLOGIES THAT ARE ESSENTIAL FOR MODERN BICYCLES PRODUCTION.

The Bike Fun International Ltd. (BFI) Company was founded in 2001 by a group of Dutch investors. In November 2020 BFI has been purchased by the Czech company ConsilTech a.s., member of the Czech Consillium investment holding.

BFI focuses on the production of all types of bicycles - mountain bikes, trekking and cross bikes, road bikes, children bikes, and the increasingly popular electric bikes (e-bikes). The production range includes carbon and full suspension bikes of the highest segments.

In addition to in-house development and bicycle production of the own brands SUPERIOR, ROCK MACHINE and FRAPPÉ, BFI is engaged in the development of the Sport Drive electric system and the production of bicycle accessories under the ONE Bikeparts brand.

Current production capacity of the factory is approximately 200 000 bikes per year.  Since 2001 it has produced more than 2.5 million bicycles. BFI currently sells bicycles and accessories in 29, mostly European, countries. The company employs almost 500 experienced employees.

The BFI Production premises, including the administration building, are situated in the Czech town of Kopřivnice, inside the industrial complex of the world famous truck brand-the Tatra. The area is 16 km distant from the international airport Ostrava-Mošnov. 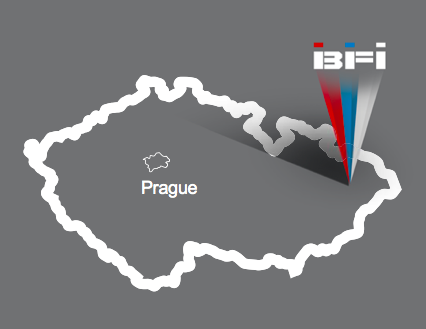